Getting to know ruin bars, Jewish food and everything paprika

In order to make my quota of 8 trips for pleasure this year I ended up in Budapest for a week. Known for its crazy nightlife I didn’t plan on too much relaxation. Turns out however that you can combine the two pretty well. Food-wise you are of course greeted by deep red paprika literally everywhere. The heavy Jewish influence is also really visible in the street image of Budapest. This was therefore the first time for me to familiarize myself with the Jewish kitchen.

Budapest is pretty and it’s really not! Besides the fancy big parliament buildings and countless statues of important people, Budapest definitely has a grungy side as well. Streets are dirty, everything is just grey and a bit falling apart. Don’t get me wrong, this is actually a vibe I really like. In that sense Budapest reminded me a lot of Berlin. It’s unpolished, raw and it doesn’t try to hide it. People still make the best out of it and simply add color on-top. There are a lot beautiful terraces and gardens in which you can just hang out and sip away on your half-a-liter of beer (or homemade lemonade). 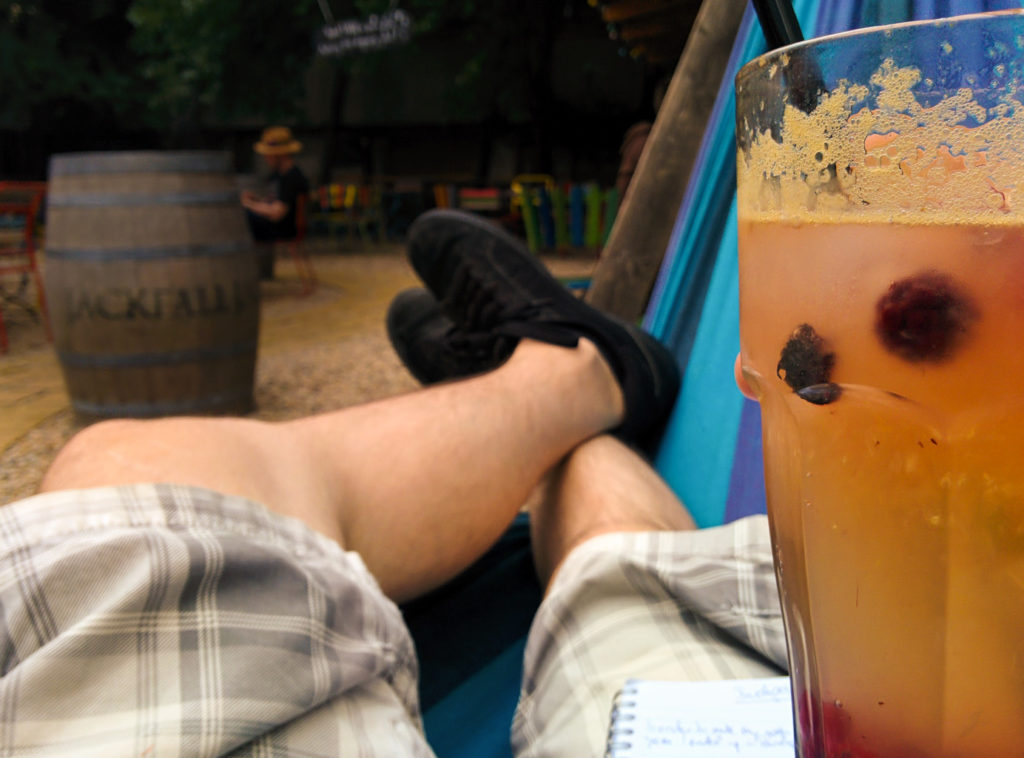 So what did I do and eat in a week’s worth of time?

Day 1 – Arriving after a sleepless night

All the traveling I did this year kind of cut into my budget quite a bit. That was the reason why I chose an early flight from Rotterdam in order to save some bucks. Turns out getting from Amsterdam to Rotterdam airport to catch a flight at 7 in the morning is a little bit of an issue. I decided to take the last train at night and just gonna crash on an airport bench. Fate has it though that there are not really benches to lie down on at the tiny little airport. Ultimately I just pulled an all-nighter working on my second book. 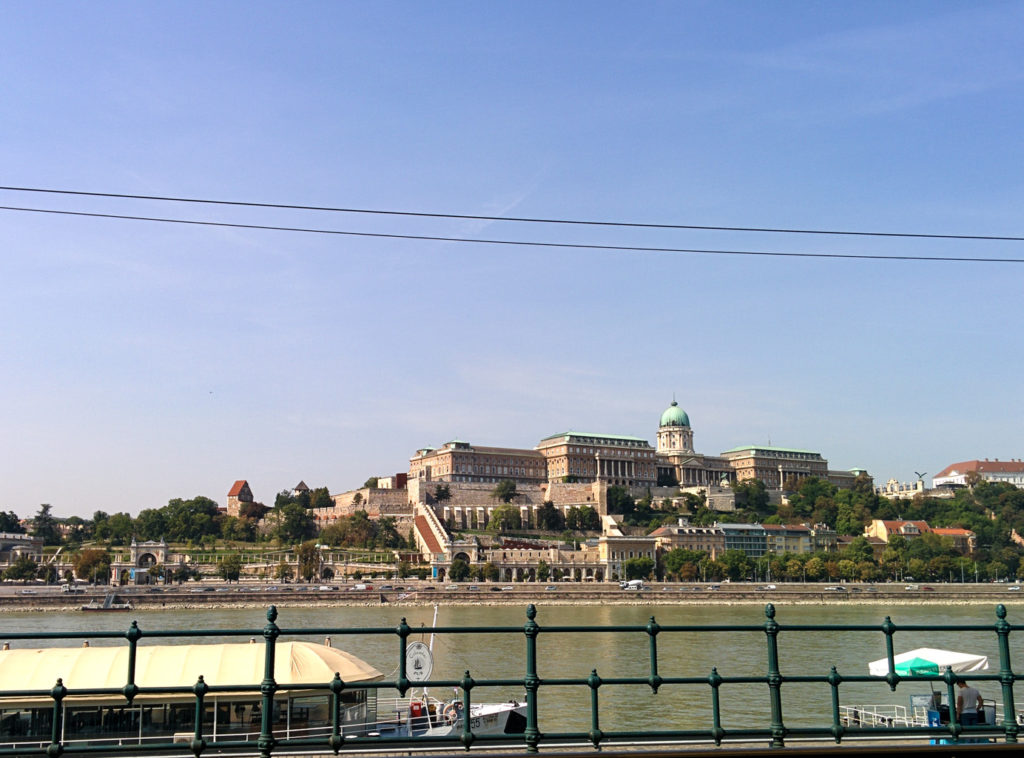 Arriving in Budapest I was greeted by sun and 30 degree weather. I wandered around a bit disoriented and found myself at an artsy little place called Koleves, had a beer, worked on the book some more and then went to grab some proper food. In the Jewish district I ended up in a restaurant that just had the best confit goose thigh. The goose liver that was served along was out of this world though!  I’m not a fan of foie gras, because I find it too fatty, but this liver on the other hand was just perfect!

The second day I started off with a free walking tour (well, you know that those are never really free…). One of the very first things I learned on the tour was, that I apparently had no idea how to pronounce the name of the place where I was. It’s pronounced “pesht” not “pest” like the plague… Who knew?? On the tour I met Daria and Sophie and after we were finished with the tour we just chilled in the sun on the Margit-sziget island for the rest of the day. At night we all went for the pub crawl which lead us to a few of the many ruin bars in Budapest. Those places are awesome old buildings that are partly renovated to be make-shift bars and clubs with a nice grungy alternative feeling to them. 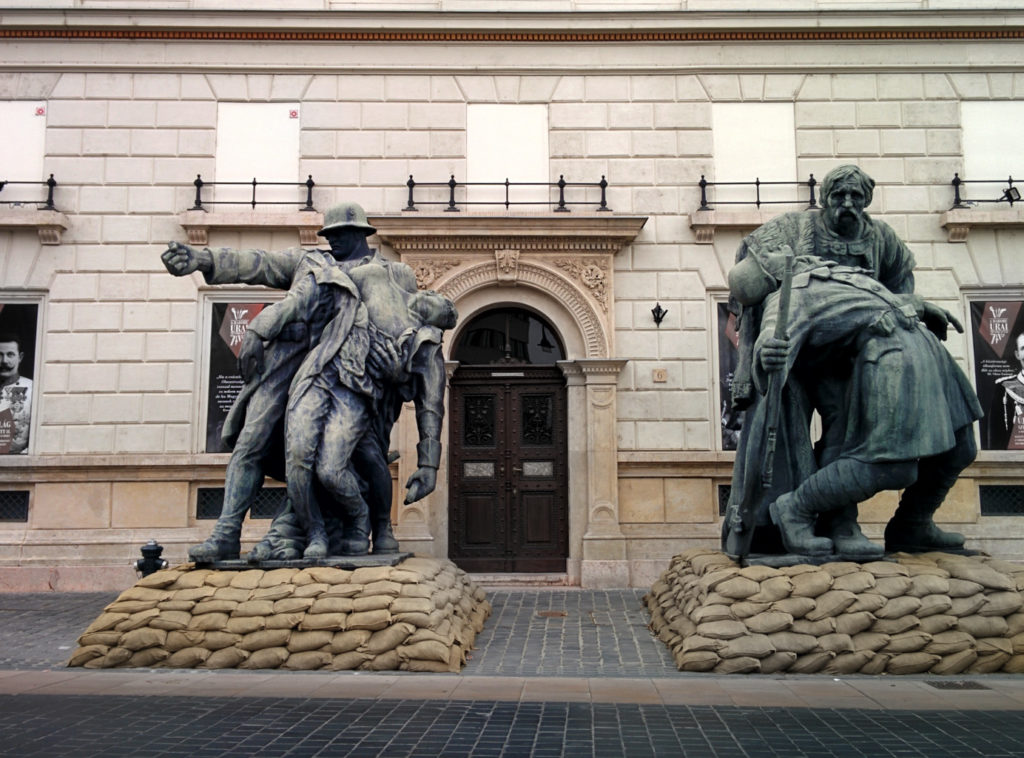 I woke up terribly hung over but in order to get some life again into me I walked up to the liberty statue on the Buda side of town. The view from up there was really awesome as you can see the whole flat pest side of the city.At night I hang out with a few of my fellow temporary housemates at the hostel. We played some card games and had a few beers. Most of them went out but I was still feeling a little under the weather from the night before.

So much to see – so little time! There are a few things that you just have to see when you are in Budapest. Hero square and Vajdahunyad castle are most definitely two of them. For some more alternative culture I caught the train to Filatorigát to admire some of the local graffiti. Near the train station there is a legal wall where people are allowed to paint (hooray for legal vandalism). Spread around the city there a quite a few big murals too, especially in the Jewish district.

Day5 – Travelling for some soup

Halásze a typical Hungarian soup made from different kinds and cuts of fish. The supposedly best you can get at Új Sipos Halászkert. Enough reason for me to take a long walk to the restaurant. Given the weather was so nice walking across the Arpad Hid bridge was rather a treat than a chore. When I finally arrived I was surely not disappointed. That was one tasty hearty soup!

Afterwards I had another beer and worked on my second book a bit more before heading to the Jewish district again. I heard that TöLTő makes amazing artisan hot dogs and when I tried their chicken sausage it completely blew my mind! If you ever had the Thai chicken soup Tom Kha Gai – it tasted exactly like that but then in the solid form served on a bun. Complete mind-bender! That night I spent going out with some of my fellow hostel guests to Szimpla kert and Instant– one of the biggest ruin bars in town.

One of my next projects will be to recreate something rather similar to this awesome hot dog! Of course I will post the recipe on the site as soon as it’s finished!

One of the bad things about cheap cocktails is surely the day after… I slept in for way to long and woke up with quite a harsh headache again (talking about learning from mistakes…). Luckily there’s food to fix that issue!

One of the Hungarian guilty pleasures is Lángos: A deep-fried bread with grated cheese and various other toppings. Think about deep-fried pizza and your mind is clearly heading into the right direction! My Lángos was smeared with sour cream, topped with tons of cheese and friend onions. Not that’s a hangover cure that should be available around the world! The rest of the day I practically spend in a hammock writing these lines for you.

All in all I really enjoyed Budapest! The night life is great, the food is hearty and spectacular and I met some fun people I will definitely stay in touch with. Food-wise, again, I was reminded quite a lot of my German roots again. The cuisine is quite heavy and you find a lot of meat and sauerkraut in the traditional dishes. Reminds one of home, but then with the added feeling of vacation. What could possibly be better?

Where will I head next? Ljubljana – the capital of Slovenia! In order to get my quota of 8 flights this year I still need one more destination at the end of the year. Do you have any suggestions for an awesome food-focused city trip? Let us know in the comments below!

Random and totally unrelated: I found salami on the bus… 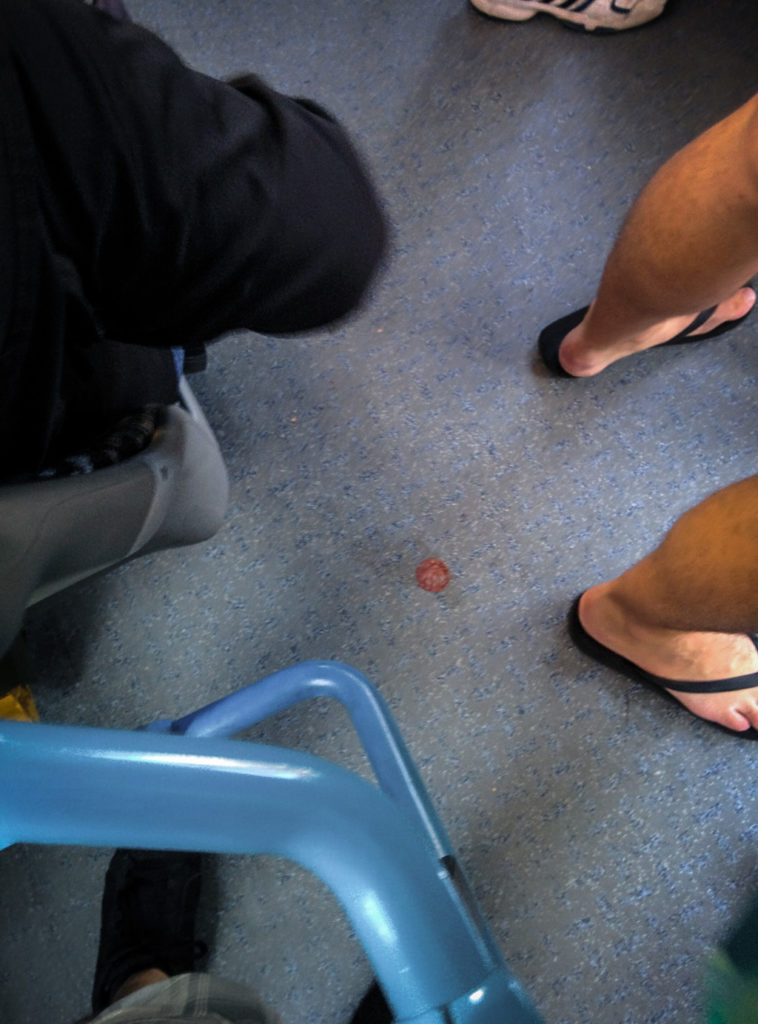 …and on the street… 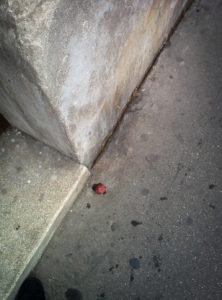