Just having the best time in Porto, Portugal!

Why Porto? Because I fell in love with Lisbon!

In 2016, around the same time in January, I took my first trip alone – ever. I flew to Lisbon, Portugal as it has been on my bucket list for a while. Traveling alone is an adventure in itself, but being a sucker for graffiti the city blew my mind! It was such an amazing mix of old, new, organic, urban, traditional and modern.

Lisbon took my heart and remains one of the most enchanting places I have visited so far. The food there was spectacular as well, especially the sea food. If you ever end up in Lisbon, definitely go to A Cevicheria! Chef Kiko and his team put so much love and passion into their ceviches that you’ll never want to leave their small little restaurant again. Just watching him putting the finishing touches onto plates re-sparked immediately my passion for cooking and creativity!

When I told friends about my trip to Lisbon some mentioned that Porto (Portugal’s second biggest city after Lisbon) is even more beautiful. For me that was hard to believe, so no other way than to find out for myself.  I had some spare vacation days left from 2016 so I flew to Porto in the first week of January.

Having an ever better time in Porto! Day 1 – Arriving and getting food!

When I walked around in the early evening I came across a little eclair shop called Leitaria Quita do Paco. I asked the guy working there which eclair he would recommend – the traditional or the dark chocolate one. He answered: Lemon. So I got a lemon eclair . Next day I went there again, he remembered me and instantly brought me the dark chocolate one. So I went there to get an eclair the next day and the next and the next… Every single day I spent in Porto! Instant addiction, even though I’m not that much of a sweet-tooth!

Day 2 – Finding my way around Porto

On my second day in the city I wanted to get to know my surroundings. I joined the free walking tour from Porto Walkers where Ana showed us around the whole city. She grew up in Porto, knew all the places to go and told us a lot about the history of the city. She scrabbled all over my map of Porto for all the places that look like crap but just have the best food! See that’s the kind of guide I need! She also told us that people from Porto are snickeringly called “Tripe eaters” by people from Lisbon and there’s a reason for that – another local delicacy: Tripas a moda do porto.

At night I went for the pub crawl with the guys from my hostel. Polished up my skills at kings-cup/ring-of-fire/circle-of-death, whatever-you-wanna-call-it, met some really cool people and had a great time!

Did you ever care for a place that doesn’t look like much but where you had to stand in line for ages? Well, you should! If it looks bad but people queue up it HAS to be really good! Take this one for example: Casa Guedes surely does not look like much. But after standing in line for 15 minutes you are rewarded with a tasty succulent pork sandwich that is out of this world! The owner slowly carves away on a roasted pork leg, not caring at all how busy the place is. The sliced pork falls back into the roasting juices keeping every single piece succulent and moist. Just tender pork on a crusty bun! Nothing more, nothing less.  Damn, so good and so cheap!

In the afternoon I went to a little sea food restaurant close to the river and ordered some octopus as I read online that it should be really good. When I was at the restaurant and saw the price on the menu I though “you better prepare this one well”, but when I took the first bite: Maaan, best octopus I had in my life! Slightly charred but cooked to total perfection. It’s like putting pieces of butter in your mouth! Have you ever had food so good that you literally forgot you also had a drink on the table?? Yes, that good!! When you’re in Porto go to Adega São Nicolau. You won’t regret it! I already start drooling again while typing this.

At night I thought about drinking one or two beers. Suddenly I ended up in the pub crawl again. It was even more fun than the night before!

I already told you that I really love graffiti! What better way than to explore another side of the city by taking a street art tour with a local. Joao dedicated his life to art and knows many of the graffiti- and street artists in Porto personally. If your guide shows up with a can of paint in his jacket-pocket you know you are in good hands! He did not only show me around the most beautiful parts of Porto but gave me a little lesson in art, Portuguese history, graffiti and street art techniques as well. On top of that he is just a really cool guy to explore the city with. Every little piece of art has a story and Joao knows pretty much all of them. I don’t think you could find anyone fit better to show you around and tell those stories of the city.

In the afternoon I went to a little restaurant called Café Brasil. It surely didn’t look like much, but if you step in and the first people you see are alcoholics, next to a family, next to a group of friends, you know that food is good and wine is cheap!

The night was spent again with fun people at the hostel. We ended up staying in the hostel instead of going out. It was just so much fun already that we pretty much forgot that we wanted to go out.

Day 5 – More food and drinks! (are you starting to see a pattern here?)

Waking up hungover… That’s the downside of a night with too much beer and too much fun. For me, the tastiest way to cure a hangover is either some deep-fried stuff, some fatty fish, or another drink. Well, lets just go for all of those! I walked around to the Bolhao market and was greeted  by a friendly waitress at a small little restaurant-stall in the middle. I ordered some vegetable soup, a cod-fritter, some deep-fried sardines and a beer. That really hit the spot and makes you feel alive again!

The last day I pretty much wandered around, got another pork sandwich from Guedes and looked back on my trip. The city is lovely, the people are nice, I had lots of fun. Somehow I also had to think about what Ana (our walking tour guide) told us when I asked her about a tag I saw: ‘Make Porto podre again’, which means ‘Make Porto rotten again’. As beautiful and flourishing the city is, Ana told me that it wasn’t that way 8 years ago. The city center was more or less just hookers and addicts. A place where you should not walk around alone after dark. People lived in the outskirts, rather than in the center. There wasn’t a single hostel in Porto, now a few years later there’s 92! Tourism is great as long as it doesn’t kill the charm of a city. Let’s hope Porto will be still just as beautiful the next time I visit it!

I think this was the most fun solo trip I took so far! Thanks to all the awesome people I met. You made this trip really worthwhile! Hope to see you all soon again! 🙂

Am I annoying you already with all these travel posts? Sorry to say this, but there are way more to come this year. My new year’s resolution: Visit 8 countries in 2017 (not counting my home countries and travelling for work).  1 down, 7 to go!

PS: This post was approved by tiny little cuddly Jesus 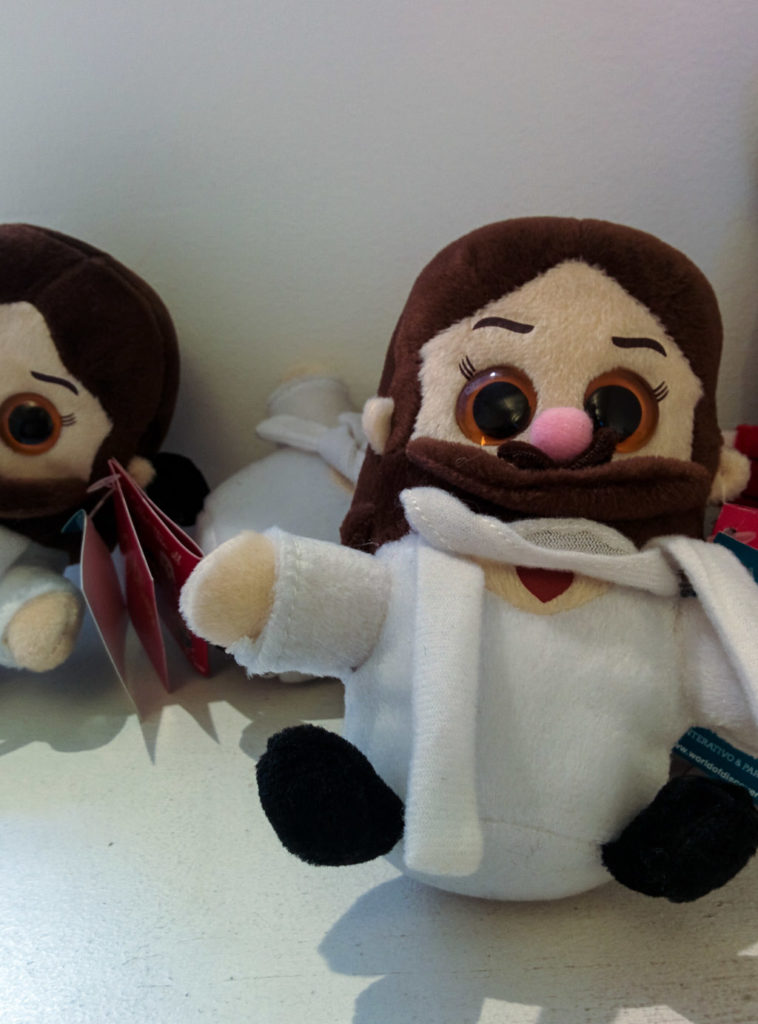 Update: My foodie adventures in Porto where also featured in a guest column for TugaBox – a subscription box for Portuguese products.

A tourist in search for authentic Portuguese food